mediaspects GmbH was founded in 1997 by Oliver Ebert, who remains the sole proprietor to this day.

RA Oliver Ebert is a specialist lawyer for IT law, a digital health consultant, and a medical journalist.
He is the chairman of the committee of social affairs of the German Diabetes Society (DDG) and a member of the advisory board of the AG Diabetes & Technologie (AGDT).

He has published works on the issues of diabetes & law since 1997; is the author of several hundreds of publications and, among other things, is the author of the following books / brochures:
„Das Diabetes-Rechtsfragenbuch“ (The diabetes legal questions book),  „Diabetes & Recht“ (Diabetes & Law), „Diabetes- Ihr Recht im  Alltag“ (Diabetes – your rights in your everyday life), „Accu-Chek Ratgeber Arbeit & Soziales“ (Accu-Chek Guidbook on work & social issues)

At the same time, he is considered one of the pioneers in electronic diabetes management: software developed by him (DIABASS among others).

While back in his early days people would laugh at him, it was as early as 1996 that he presented his vision a software solution compatible with devices by different manufacturers at a symposium (three-country conference of diabetes societies, Basel, Switzerland).

He was awarded the Gerhardt Katsch medal of the German Diabetes Society. He was also awarded the Thomas Fuchsberger Preis. 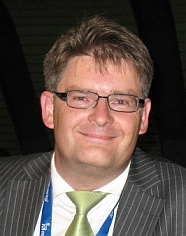